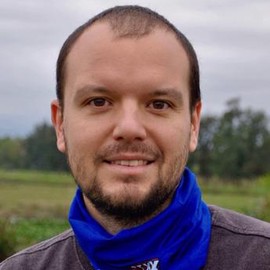 I am a forest ecologist interested in understanding how to better manage forests in a future characterized by global changes.

My work aims at studying the dynamics of forest ecosystems to anticipate the potential impacts of climate, disturbance and socio-economic changes. I use ecological simulation models of forest dynamics to explore interactions of trees with their changing environment and to investigate forest management strategies to enhance future resistance and resilience at multiple scales (stand to landscape). I am currently working on combining modelling approaches with functional diversity and network connectivity in fragmented forest landscapes in Eastern North America. I am passionate in dendrology, geography, silviculture, tree-ring research, forest inventory and the ecology of mixed forests. And I love mountains, cross-country skiing and home brewing.

I am currently based in Montreal, Canada, at the CEF - Centre for Forest Research at the the Université du Quebéc à Montreal UQAM

Apr 2012 – Dec 2015 Zurich, Switzerland
Figuring out how to model and evaluate management strategies for a multiple provision of ecosystem services in European mountain forests 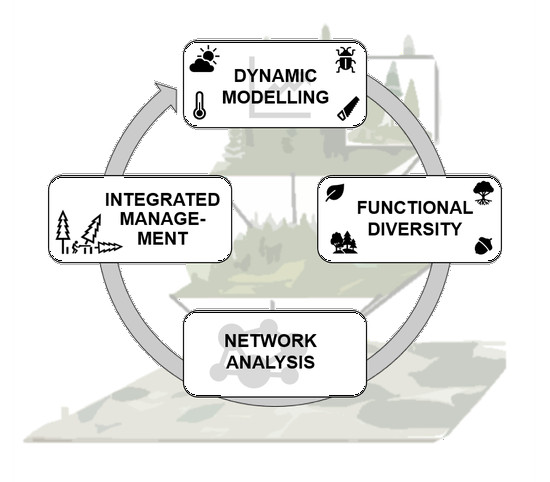 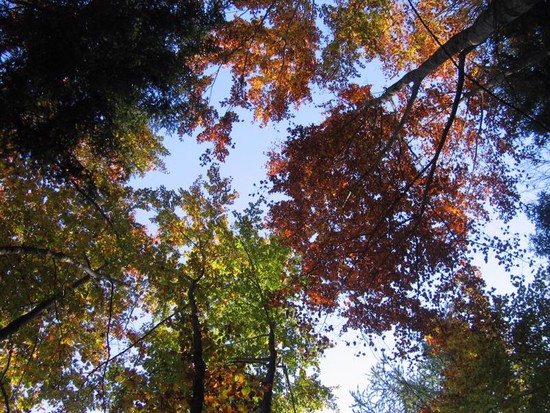 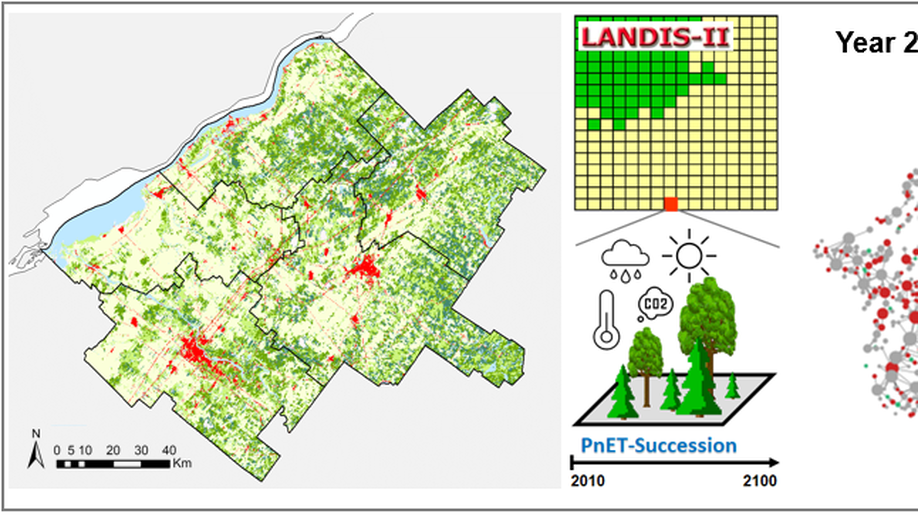 Forests are projected to undergo dramatic compositional and structural shifts prompted by global changes, such as climatic changes and intensifying natural disturbance regimes. Future uncertainty makes planning for forest management exceptionally difficult, demanding novel approaches to maintain or improve the ability of forest ecosystems to respond and rapidly re‐organize after disturbance events. Adopting a landscape perspective in forest management is particularly important in fragmented forest landscapes where both diversity and connectivity play key roles in determining resilience to global change. In this context, network analysis and functional traits combined with ecological dynamic modeling can help evaluate changes in functional response diversity and connectivity within and among forest stands in fragmented landscapes. Here, we coupled ecological dynamic modeling with functional traits analysis and network theory to analyze forested landscapes as an interconnected network of forest patches. We simulated future forest landscape dynamics in a large landscape in southern Quebec, Canada, under a combination of climate, disturbance, and management scenarios. We depicted the landscape as a functional network, assessed changes in future resilience using indicators at multiple spatial scales, and evaluated if current management practices are suitable for maintaining resilience to simulated changes in regimes. Our results show that climate change would promote forest productivity and favor heat‐adapted deciduous species. Changes in natural disturbances will likely have negative impacts on native conifers and will drive changes in forest type composition. Climate change negatively impacted all resilience indicators and triggered losses of functional response diversity and connectivity across the landscape with undesirable consequences on the capacity of these forests to adapt to global change. Also, current management strategies failed to promote resilience at different spatial levels, highlighting the need for a more active and thoughtful approach to forest management under global change. Our study demonstrates the usefulness of combining dynamic landscape scale simulation modeling with network analyses to evaluate the possible impacts of climate change as well as human and natural disturbances on forest resilience under global change. 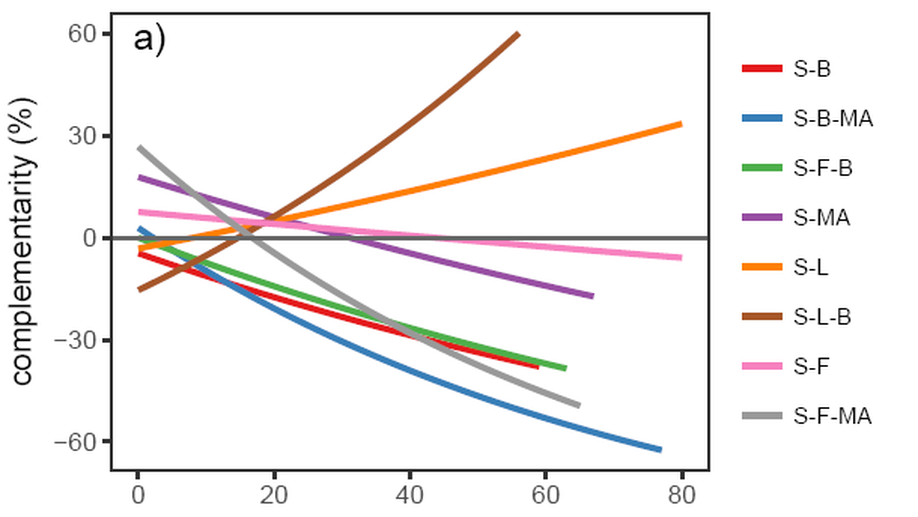 Mixed species forests can often be more productive and deliver higher levels of ecosystem services and functions than monocultures. However, complementarity effects for any given tree species are difficult to generalize because they can vary greatly along gradients of climatic conditions and resource availability. Identifying the conditions where species diversity can positively influence productivity is crucial. To date, few studies have examined how growth complementarity across species and mixture types is modulated by stand and environmental factors, and fewer have considered more than one or two factors. We investigated how complementarity effects for several major Central European tree species change with climatic and edaphic conditions, and with stand structural characteristics, including species composition. We used data from the Swiss National Forest Inventory, which is based on 3,231 plots of pure and mixed stands (19 mixture types) across a broad environmental gradient, to test (i) how mixing effects change depending on the identity of the admixed species and (ii) if complementarity consistently increases when environmental conditions become harsher. The magnitude, whether positive or negative, of complementarity increased with increasing stand density and stand developmental stage, but no general pattern could be identified across mixture types. Complementarity for many species increased as drought intensity and temperature increased, but not for all species and mixture types. While soil conditions, nitrogen and site topography influenced complementarity for many species, there was no general pattern (increases and decreases were observed). Synthesis . Our study indicates that complementarity varies strongly with stand density and stand development as well as with topographic, climatic and soil conditions. This emphasizes the need to account for site‐dependent conditions when exploring mixture effects in relation to forest productivity. We found that under certain conditions (i.e. increasing drought, higher temperature), mixed forests can promote individual tree growth in Central European temperate forests. However, careful assessments depending on the species composing the stands are required under changing resource availability as well as under different levels of stand density and development.

Although mixing tree species is considered an efficient risk-reduction strategy in the face of climate change, the conditions where …
Houpert L., Rohner B., Forrester D.I., Huber M.O.
PDF DOI
See all publications

Ash trees have been part of North American and European forest landscapes for millennia. Yet, they are now under threats from invasive pests and pathogens (ash dieback and the emerald ash borer).
Jul 28, 2020

On 26-28 February 2020, about 200 scientists – forest ecologists, economists, policy analysts and conservationists – as well as interested stakeholders, students and practitioners from Europe and beyond gathered together in Bonn, Germany, to discuss scientific evidence relating to the current state of ‘integrated’ forest management approaches across the globe.
Mar 26, 2020

Temperate rainforests are magical ecosystems. In them trees grow tall, big, massive. Big and tall trees, however, means also big, tall money. When European pioneers arrived in Eastern North America they found forests with huge trees, but it only took a few decades to get rid of ancient giants.
Nov 15, 2019

In September 2017 I participated to a very dynamic field-week that took place in Tuscany, Italy. Here international students had the chance to discuss new concepts in forest management, such as viewing forest ecosystems as complex adaptive systems.
Apr 15, 2019

Although a variety of forest management approaches to cope with climate change have been proposed worldwide, what has been missing so far is a way to integrate them at appropriate scales, particularly at landscape level, and to put a primary focus on enhancing forest resilience in the Anthropocene.
Apr 11, 2019

See my CV for contributions prior 2016